Everybody knows about cayenne pepper!

It is becoming one of the most popular spices, and it seems to be found in different cuisines – Indian, Chinese, North and South American, etc.

What is so special about this chilly is that it offers much more than the improved taste of food!

It’s just a chili, you would say?! 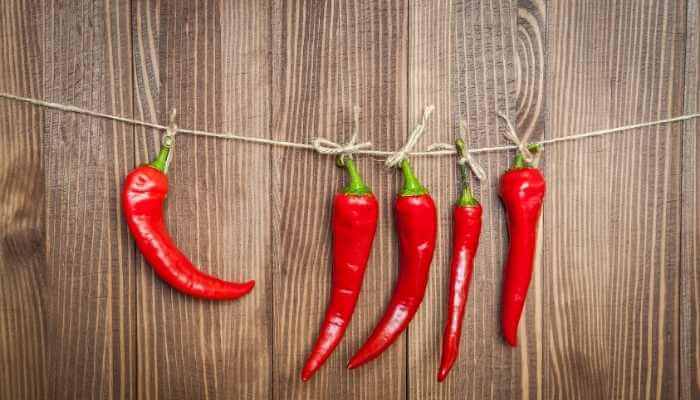 Keep reading to find out why cayenne pepper is much more than that!

Regardless of whether or not you like spicy foods, you have undoubtedly heard about cayenne pepper by now.

It is impossible not to since this extraordinary chilly is everywhere – you can even buy chocolate with it.

Now, as we mainly find it in powder or flakes form in the supermarkets, many people believe that it is related to black pepper spice.

However, even if we do call it pepper, cayenne is a plant that belongs to the same family of plants as bell peppers, potatoes, tomatoes, eggplants, and other chilies.

So What Exactly Is Cayenne Pepper?

See, there is no big mystery there. It is simply a chili pepper plant, not the spice.

It is native to South and Central America and commonly used to make chili powder and cayenne pepper.

Interestingly, cayenne has a relatively mild aroma. However, you should let this deceive you because its taste is exceptionally hot and fiery.

Therefore, when you are planning to use it quickly, you need to be careful with how much you put in the meal. Otherwise, there is a risk that nobody will be able to eat it.

Where Does Cayenne Pepper Come From?

So, as we mentioned, we know it as a chill that grows in South and Central America, predominantly Mexico.

However, the name comes from the Cayenne city in French Guinea, where it is believed this pepper was first grown.

It is necessary to say that, although it is a tropical plant, it is also possible to grow it as annual in temperate climates.

Over the years, it became one of the most popular chili peppers, and you can buy it in most supermarkets around the world.

As we mentioned, the most common you will find is the dried cayenne pepper – powder or flakes.

You can also find it in sauces, such as Tabasco, of course. Finding it in fresh form is pretty challenging, but not impossible. 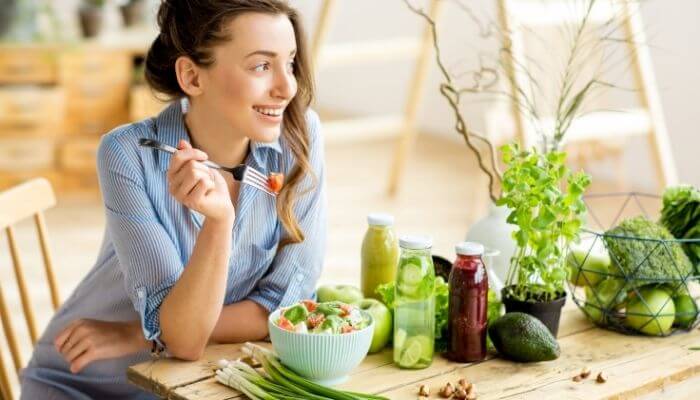 It would be surprising that this chill got so much popularity only because it’s hot, wouldn’t it?

We mean to say, there are other chilies as well, that is also hot, but far less popular than cayenne pepper!

So what’s the deal then?

Well, the thing is that besides the fiery taste, this plant brings so many health benefits that many people deem it as the royalty of medicinal herbs.

And, you should know, it isn’t some kind of new fad – there have been records of cayenne pepper medicinal uses dating from thousands of years ago.

It makes you curious, doesn’t it?

Yeah, we imagine it had some effect on us! Thus we decided to make our investigation into the topic of cayenne pepper for health.

We are sharing with you everything we discovered about the marvelous benefits of cayenne pepper.

Okay, what does a chili have to do with metabolism?!

Ah, not just any chili!

Cayenne pepper contains a thermogenic chemical, called capsaicin.  When ingested, this compound produces more heat in our body and consequently speeds up the metabolism.

Can we ask you to guess the result of that process?

Well, of course, it is not hard – the extra heat burns more calories and melts the fat. Studies show that people who eat this chilly regularly experience fewer cravings and an increased feeling of fullness after a meal.

That means that not only that it helps us burn calories but, you can also use cayenne pepper for hunger control.

This means that is one of the best appetite suppressant options that you can find in nature.

As you can imagine, this is why a lot of people say that cayenne pepper and diet go hand in hand. A lot of reports show that cayenne pepper improves digestion, which is vital for our overall health.

You see, by raising the temperature of our body, cayenne improves the function of the heart, as well as the circulation.

The better the blood flows through our body, the better will all the systems, including the digestive system, work.

It also enables the stomach to more easily fight off bacteria or viruses and promotes the production of digestive juices.

It also facilitates the way enzymes are delivered to the stomach. As it has the capacity to fight off parasites, we can say that cayenne pepper boosts the immune system.

Okay, now you have just gone too far! You would say!

How in the world can a pepper reduce pain?

That is not possible!

Well, it can, and it does if it is cayenne pepper!

And if you don’t believe us, maybe a University of Maryland Medical Center can convince you. Their research clearly shows that capsaicin has exceptionally potent pain-relieving properties and works marvelously when applied to the painful area.

The reason for it is that it decreases the production of chemicals that deliver pain messages to the brain.

If you check you will see that lot of ointments for pain relief contain this compound.

It is good to use cayenne pepper for headaches as well because it also reduces pain when consumed orally.

Those who are struggling with migraines will also be relieved because of the effects of cayenne pepper migraine.

Some people are saying that cayenne pepper as a supplement can lower blood pressure overnight.

Although we don’t know it with certainty, we can say that this seems to be a bit far-fetched.

However, according to some studies cayenne pepper can help with regulating your blood pressure over time.

It dilates the blood vessels and improves circulation. Better flow of the blood through your system will automatically lower the pressure.

However, keep in mind that cayenne isn’t a replacement for medication, and shouldn’t be used as such.

If you are diagnosed with hypertension, keep taking prescribed medication, and use cayenne as a supplement. Detoxifying is a popular way to recharge your batteries, so to speak. And cayenne pepper is perfect for this.

One of the common ways to use cayenne pepper for detox is to combine it with lemon. This diet was created in the 40s of the previous century, by alternative health practitioner Stanley Burroughs.

The idea is to make a tonic that consists of water, lemon juice, cayenne pepper, and maple syrup.

The diet lasts ten days during which a person needs to drink twelve glasses of this tonic per day. Any kind of solid food is off-limits and relies only on calories that come from maple syrup and lemon.

However, we believe that it is not advisable to stop eating altogether. It is much better if you drink this tonic as a substitute for sugary or alcoholic beverages you are drinking.

Related: This is my favorite cleanse product

6. It May Reduce Cancer Risks

As you know, abnormal cell growth is a typical characteristic of cancer.

Some studies show that capsaicin in cayenne pepper attacks some pathways in the cancer cell and slows the process. In cases of some types of cancers, such as prostate, skin, pancreatic, it can even kill the malignant cells.

However, it is necessary to note that no one still did clinical trials that involve humans.

All the data comes from animal trials and lab testing. The results are promising, though, and we are hoping that someone will do human trials. 7. It May Help With Psoriasis

People who have psoriasis usually have patches of red, itchy, and scaly skin. Since it is an autoimmune disease, currently there is no cure for it.

However, studies indicate that including cayenne in nutrition helps to alleviate the symptoms. Capsaicin seems to reduce the itching and thus improve the appearance of the skin.

One study showed that psoriasis patients who applied topical remedies with capsaicin had significantly improved redness, itching, and scaling of the skin when compared to those who used a placebo.

There are plenty of studies that show that people who are regularly eating spicy food have a higher chance for longer life.

And according to scientists, the chance goes up by 14 %, which is not negligible at all.

The studies indicate that the reason is that chilies, as well as other spices, turn out to be pretty heart-friendly foods.

You have probably heard, at some point, that eating too spicy food will give you an ulcer.

Trust us, and this is a total misconception – many things cause an ulcer, but spicy foods, and especially cayenne pepper, aren’t among them.

On the contrary, as you could see there are a lot of health benefits from eating spicy! But of course, you need to use it according to your taste!

Have you tried cayenne pepper in food or as a remedy? What are your experiences?