Cinnamon makes me think of cozy days and great food.

Maybe it’s the holiday memories or the cinnamon toast I ate as a child.

*Some of the links on this page are affiliate links and I may earn from purchases you make thru my links but the price stays the same for you.* Please note: All information on Alesstoxiclife.com is meant for educational and informational purposes only. The statements on this website have not been evaluated by the Food and Drug Administration. Products and/or information are not intended to diagnose, cure, treat, or prevent any disease. Readers are advised to do their own research and make decisions in partnership with their health care provider. If you are pregnant, nursing, have a medical condition or are taking any medication, please consult your doctor.

Let’s take a closer look at the 5 amazing properties of cinnamon essential oil before we get to the diffuser blends.

Cinnamon bark also offers antiviral properties that will fortify the immune system, strengthening your body’s natural defenses against foreign invaders that are itching to wreak havoc on your health.

Antibacterial products protect against infections and diseases caused by – you guessed it – bacteria.

This includes bacteria that invade the digestive, urinary, and respiratory tract, as well as oral bacteria that can damage dental health.

Cinnamon bark’s antibacterial activity does not impact the natural flora in the intestines and stomach, but only combats the damaging bacteria that may have invaded.

Also Read: Top Antibacterial Essential Oils and How To Use Them

Antiseptics reduce the risk of infection when someone has open wounds, cuts, scrapes, or other injuries.

Cinnamon bark essential oil possesses antiseptic properties and so can support proper healing, without the worry of infection.

Most bodily pain issues are caused by inflammation of some sort, either internal or external. Essential oils often provide the body with anti-inflammatory activity.

Cinnamon bark is one of these oils.

This oil comes in handy especially for inflammation of the respiratory tract and sore muscles and joints.

Whether topical, aromatic, or internal, redness and irritation can be supported through any applicable essential oil applications.

Cinnamon bark is an exceptional expectorant – a substance that combats the mucus and phlegm buildup that comes along with respiratory, sinus, or throat infections.

The oil will provide relief to issues of coughing or inflamed lungs or throat, either aromatically or through a properly diluted topical application.

Need to buy your essential oils? You can find quality oils at Simply Earth or in my Amazon  Shop. Warning: Cinnamon oil is a strong oil and caution should be used around children or pets.

There are many uses for cinnamon but the simplest and safest way to use cinnamon essential oil is in a diffuser.

Cinnamon can be overpowering so only use 1-2 drops if used by itself.

Note: The blends  I’ve posted here will work with Doterra, Young Living, Simply Earth, Isagenix, or any toxic-free essential oil brand you have on hand. 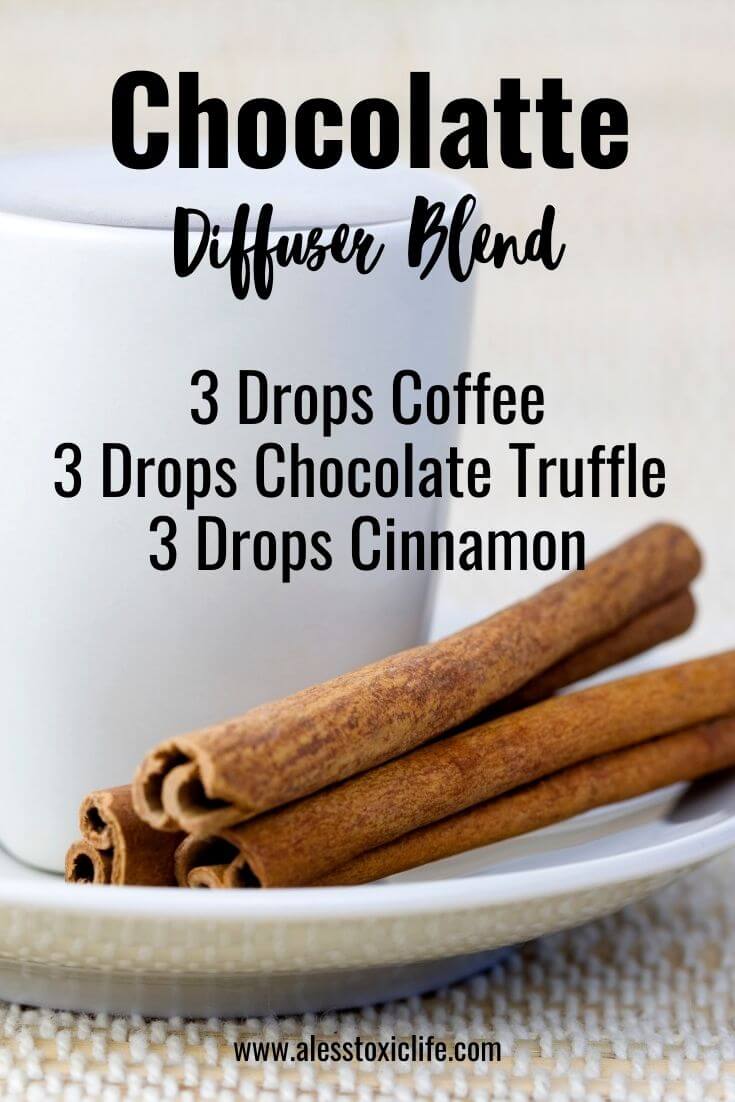 There Are 3 Different Types Of Cinnamon Oil Scents

In case you are wondering according to Cinnamon World there are 3 different types of cinnamon essential oil and they all smell a little different.

Otherwise known as Ceylon Cinnamon. It has a mild and warm scent, which makes it the lightest type among the cinnamon oils.

This oil has a strong and spicy scent that can also come off as somewhat woody. Cinnamon Bark Essential Oil blends well with floral and citrus essences.

Cassia Cinnamon has a much stronger and spicier aroma compared to the other two.

Which Cinnamon Essential Oil Should You Use?

Cinnamon Bark and Cassia are the ones I’ve typically seen in diffuser blends.

Use whichever one you have one hand and see how your diffuser blends turn out.

Let me know which Cinnamon Diffuser Blend you liked the most!