The Best Nutrition For Soccer Players

Do you play soccer for fun, in amateur leagues, or professionally?

No matter what level you play at if you want to take your game to the next level you NEED proper nutrition.

Any professional athlete will tell you, his or her performance is highly dependent on getting proper fuel and nutrients.

While speed and lightning-fast reaction time matter, improving strength and power is the ultimate goal of athletes, as well as those who want to build more muscle.

Scientific research has also shown that carefully designed nutritional products for sports performance can lead to significant gains of speed, strength, and endurance in athletes (1).

You don’t have to be an Olympic athlete to gain from smart nutrition for sports performance.

This is why Isagenix has put together the Energy and Performance Products.

It’s excellent for anyone who works out, whether it’s once a week or twice a day, every day.

Athletes will have different individual diet needs, of course, dependent on the duration and type of training—think Olympic swimmer Michael Phelps and his 6,000 calories-a-day training diet—but the components of the Energy and Performance Pak offer top-notch nutritional support that can be incorporated into anybody’s regimen.

By far, the stars of the Energy and Performance Pak are the three IsaLean products: IsaLean Shake, IsaLean Pro, and IsaLean Bars.

Ranging from 18 to 35 grams of protein per serving, these offer great-tasting, convenient ways for athletes of any status to fuel their active bodies with the whey protein and other nutrients for muscle and, ultimately, performance gains.

Continually, the scientific literature points to the superiority of whey protein for greater stimulation of muscle protein synthesis (muscle building) compared to other proteins, especially soy (1-5).

The timing of protein intake, such as after exercise, also plays a part in maximizing muscle repair and building.

One review of protein requirements for athletes advised, “A simple message may be that the earlier after exercise an athlete consumes protein the better” (2).

The beauty of the IsaLean products in the Energy and Performance Pak is that they allow you to load up on protein when you need to, however, you need to.

For any kind of sport, energy stores reign supreme.

Ever try to work out or train totally zapped of energy? It doesn’t work too well.

Amped Hydrate works to combat fatigue in the body by keeping the body hydrated and supplying lost electrolytes.

Another important part of keeping the body energized is its glycogen stores.

Glycogen is a polymer of glucose that’s stored in the liver and muscles. Any endurance athlete knows the value of having adequate glycogen stores to power them through long, exhaustive races or training sessions.

This is because glycogen is readily broken down during physical activity, and low glycogen stores can lead to low blood sugar, which may be a significant factor in exercise-induced fatigue.

Hydrate is an ideal drink for exercise—before, during, and after.

The science shows that sports-designed beverages like Amped Hydrate, which provide the body with fructose—less than 8 grams, an amount comparable to eating an apple—can facilitate faster recovery and support endurance during intense and prolonged physical activity.

It’s widely known that long bouts of aerobic or exhaustive exercise can stimulate the production of free radicals, which can then lead to increased oxidative stress and cause cellular damage.

In muscle, this damage presents itself as delayed-onset muscle soreness (when it’s hard to stand up the day after a really hard workout), muscle tissue adaptations, and the eventual decrease in performance.

It may be in athletes’ best interest to counteract the potential for damage and to build up their antioxidant defense systems.

A study performed in male and female athletes subjected to strenuous exercise for 30 minutes at 80 percent of their VO2max  (a measure of respiratory fitness) found that supplementation with vitamins C and E or a vegetable and fruit juice concentrate decreased levels of oxidative stress (7).

For this reason, and to be sure that Isagenix athletes have increased antioxidant defenses, Isagenix Greens! is an important part of the Energy and Performance Pak.

Speaking of increased antioxidant status, having Ageless Essentials Daily Pack (AEDP) on hand takes it to the next level.

Including Essentials for Men or Women, IsaOmega Supreme, Ageless Actives, and C-Lyte, AEDP lets you take care of your entire vitamin, mineral, and antioxidant needs.

Not only do you help boost your antioxidant defenses with Essentials for Men or Women, the broad-spectrum multivitamin, but you also get potent doses of coenzyme Q10, resveratrol, vitamin D, vitamin C, and the fish-derived omega-3 fatty acids EPA and DHA.

For example, fish-derived omega-3 fatty acids, long known for their heart-health benefits, were found recently to improve muscle function when 2 grams daily were combined with a strength-training regimen (8).

Also, B vitamins are absolutely essential for energy production necessary for athletic performance and others, such as folic acid and vitamin B12, are needed to make red blood cells, for protein synthesis, and tissue repair.

Finally, adequate folate intake has shown to improve the immune response after exercise (9).

Initially studied in the Soviet Union in the 1940s, adaptogens are specific plants known to increase the body’s ability to “adapt” to stress.

It wasn’t until the 1990s that scientists in the United States took note of these natural stress-fighters when former Soviet Union Olympic Coach Ben Tabachnik immigrated to America and revealed that Soviet athletes and cosmonauts had secretly used adaptogenic herbs throughout the 1970s.

It was out of this initial research that Isagenix came up with Ionix Supreme, an adaptogenic tonic that’s deemed “nature’s answer to stress.”

A review of adaptogens by Alexander Panossian, Ph.D., found that overall, adaptogens do increase the body’s resistance to stress while also increasing mental performance, attention, and all necessary factors in optimizing one’s athletic performance (10). All things any athlete can benefit from.

There’s more to a top-notch performance each and every time you hit the gym or jogging trail than just previous training sessions and consistent effort.

Propelling athletic performance, at any level, is about correct and adequate nutrition.

Isagenix has created the Amped Products just for you, to support your efforts for optimal performance and a robust immune system while training to be your best.

Work Out of The Week 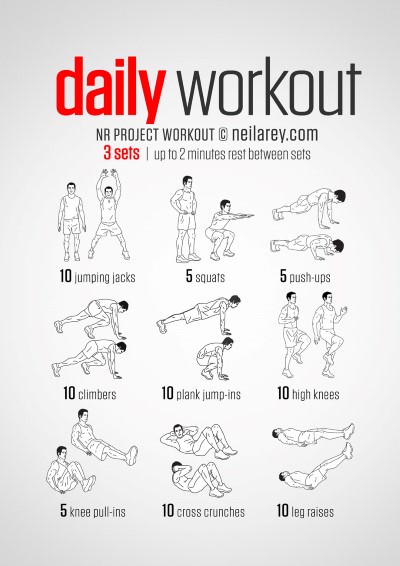 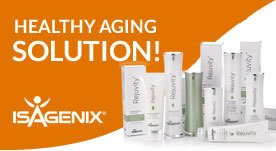